Take 15 seconds to read this fascinating DOJ memo re: GPS tracking. I wouldn’t recommend printing it out, at least not unless someone else is paying for your printer toner/ink. (More at Ars Technica.)

The Olympics are stupid. And the London 2012 Olympic Games are especially stupid. Their terms of use prohibit linking to their site if the link portrays them in a derogatory manner (CNET News.com, July 14, 2012). (Does that mean I shouldn’t put anything derogatory in the link itself, as in “stupid Olympics“?)

It’s all so confusing. How am I supposed to tell if they would object to this?

Jason L. Nieman, an Illinois resident, sued his former employer, Nationwide Mutual Insurance Company, in 2009. Various public documents from that litigation are available on the Internet, and are accessible via Google and other search engines by anyone searching for Nieman’s name.  Nieman recently filed a pro se lawsuit against Google, Microsoft (Bing), Yahoo, and others, alleging that other potential employers are conducting such searches and then unlawfully declining to hire Nieman, even though he “was obviously the most qualified person for the position” (Complaint ¶ 17).  (Hat tip to Eric Goldman, from whom I learned of the case.)

I wonder how Jason Nieman’s job prospects will be affected by the fact that potential employers searching for his name will now learn of his lawsuit against search engines for linking to his lawsuit against a former employer.  (And this information, unlike the information about his litigation against a former employer, is probably a perfectly legal basis for an employer not to hire him.)

Employers reportedly are demanding that job applicants fork over their Facebook passwords; Facebook has responded by threatening to sue employers for violating its terms of service.  Facebook could easily add teeth to this threat by amending its terms of service to provide that Facebook users are intended third-party beneficiaries, enabling them to sue employers directly instead of having to rely upon Facebook to do so.  (Facebook’s current terms state just the opposite–that they do not confer any third-party beneficiary rights.)  A liquidated damages provision would be nice as well, plus attorney’s fees, to make the lawsuits worthwhile.  Facebook would also have to make a minor modification to its login process, to ensure that any login from a new IP address requires explicit agreement to the terms of service.

I’m looking for a good way to deal with annoying telemarketers.  I’m on the national Do Not Call list, but I still receive lots of unsolicited calls that usually start with a prerecorded sales pitch, followed by an option to speak to a salesperson for more information.  The Caller ID information is usually unhelpful (a number I don’t recognize–probably fake anyway–with at best a vague description for the name).  Many of the calls seem to come from companies that sell leads to other companies.  The most common one is a credit card pitch, but there are calls from electricity providers and other companies, not to mention surveys (real and fake), charity solicitations (often claiming to benefit police or veterans), and of course political fundraising and campaign robocalls.  I usually stay on the line long enough to ask for the caller’s name, company, address, and phone number, but I almost never get a straight answer, and once they realize I’m not going to buy anything they just hang up on me.

I’m tempted to buy a cheap air horn, but I’ve read that call centers have shriek-rejection amplifiers that block loud noises to protect their employees’ hearing, so I’d just be wasting my money.  Yelling and swearing is sometimes cathartic, but after a day or two on the job, most telemarketers must be used to this, so I doubt it has much effect other than on my vocal cords.

Is there perhaps some kind of recorded hypnosis message I could play over the phone to get the caller to attack his or her supervisor, or at least to physically damage the call center’s equipment?  I understand that hypnotism supposedly won’t get people to do something that they wouldn’t otherwise consider, but you’d have to be a sociopath to become a telemarketer in the first place, so this shouldn’t be a problem.  Any other ideas?  (In case it’s not clear, I’m not looking for ideas like “just ignore them,” “don’t answer the phone,” or “ask them not to call again.”  I need something that makes the experience significantly more annoying for the caller than it is for me.)

iVPN.net, a VPN service provider, offered me a free six-month subscription as an incentive to try their service and post a review.  Aside from the free subscription, I figured it was a good way to learn about VPNs, so I took them up on the offer.  Here’s my review, based upon one day of using iVPN.net.

A VPN is a virtual private network, connecting two or more locations on the Internet to one another. It’s private in that all traffic within the VPN is encrypted, making it extremely difficult for anyone else to access the data. It’s virtual because the communications take place using the public Internet rather than over an actual private network.

If you set up an account with a VPN service like iVPN.net, you can use it to connect to websites or do just about anything else on the Internet without disclosing your actual location. Normally your IP address is visible to websites that you connect to, and from that they can often pinpoint your physical location and determine other information about you. (For a quick example, take a look at What Is My IP Address? or InfoSniper.) When you go through a VPN, however, only the IP address of the VPN is visible. (Of course, there are many other ways that websites can get information about you. The privacy or incognito mode on your web browser can conceal some but not all of this information.)

Why would you use a VPN service? There are many reasons; here are just a few:

There are some potential disadvantages to consider:

Microsoft has just launched Office 365, a cloud-based suite of applications (email, calendar, word processor, spreadsheet, etc.). As far as I can tell, it looks a lot like the services that Google has been offering for several years (as Gmail and Google Docs). The main difference seems to be the price: FREE from Google, or $6 per user per month for Microsoft’s Office 365. Nice try, Microsoft, but I’ll stick with Google for now, thank you very much. (When Microsoft starts offering a free version of Office 365 for individuals, we’ll talk — but I suspect they’ll think twice before doing that, for fear of cannibalizing sales of their Office software.).

I received this email from Amazon today:

For well over a decade, the Amazon Associates Program has worked with thousands of Illinois residents. Unfortunately, a new state tax law signed by Governor Quinn compels us to terminate this program for Illinois-based participants. It specifically imposes the collection of taxes from consumers on sales by online retailers – including but not limited to those referred by Illinois-based affiliates like you – even if those retailers have no physical presence in the state.

We had opposed this new tax law because it is unconstitutional and counterproductive.  It was supported by national retailing chains, most of which are based outside Illinois, that seek to harm the affiliate advertising programs of their competitors. Similar legislation in other states has led to job and income losses, and little, if any, new tax revenue.  We deeply regret that its enactment forces this action.

As a result of the new law, contracts with all Illinois affiliates of the Amazon Associates Program will be terminated and those Illinois residents will no longer receive advertising fees for sales referred to Amazon.com [ http://www.amazon.com/ ], Endless.com [ http://www.endless.com/ ], or SmallParts.com [ http://www.smallparts.com/ ]. Please be assured that all qualifying advertising fees earned prior to April 15, 2011 will be processed and paid in full in accordance with the regular payment schedule.  Based on your account closure date of April 15, 2011, any final payments will be paid by July 1, 2011.

You are receiving this email because our records indicate that you are a resident of Illinois. If you are not currently a permanent resident of Illinois, or if you are relocating to another state in the near future, you can manage the details of your Associates account here [ https://affiliate-program.amazon.com/gp/associates/network/your-account/payee-info.html ]. And if you relocate to another state after April 15, please contact us [ https://affiliate-program.amazon.com/gp/associates/contact?subject=&ie=UTF8 ] for reinstatement into the Amazon Associates Program.

To be clear, this development will only impact our ability to continue the Associates Program in Illinois, and will not affect the ability of Illinois residents to purchase online at www.amazon.com [ http://www.amazon.com/ ] from Amazon s retail business.

We have enjoyed working with you and other Illinois-based participants in the Amazon Associates Program and, if this situation is rectified, would very much welcome the opportunity to re-open our Associates Program to Illinois residents. 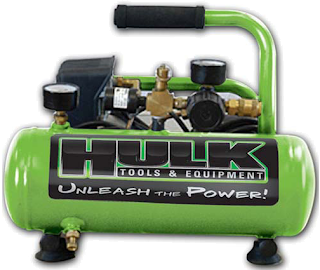